Where in the World?

November 18 – November 22
Our theme for the twelfth week of school is "Where in the World?"

LANGUAGE ARTS
Reading
Our interactive read-aloud for this week was The Bunyons by Audrey Wood. The primary skill is understanding figurative language (hyperbole) and it makes a fun connection to geography since the story depicts how formations across the U.S. were created.


MATHEMATICS
We have moved on to subtraction with a focus on fractions. My favorite manipulatives to use are Pattern Blocks and Rainbow Fraction Bars.


HISTORY
The theme of this week centers around geography and since we are studying the expansion of the U.S., I thought this video about the U.S. Border with Canada would be fun. One Look At The United States-Canada Border Reveals Some Ridiculous Things.We ended up watching it several times because the kids found it so interesting.

P.E.
I suppose that it wouldn't be November without football. Aside from the basics of learning to throw a football correctly and understanding the basics of the game, we also studied the protective equipment used in football. Even students who are not athletic enjoy learning why football helmets are made of plastic rather than metal, what a concussion is and why each football team has more than one uniform design/color scheme. 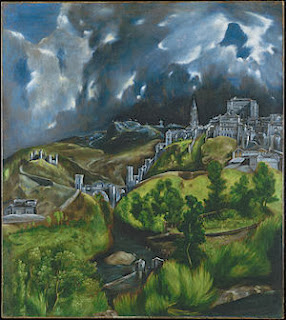 Read-Aloud: Diary of a Wimpy Kid

What we're reading together...Diary of a Wimpy Kid by Jeff Kinney 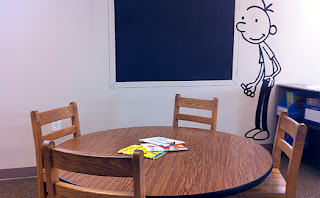 Diary of a Wimpy Kid is a realistic fiction series (Level S-- 3rd or 4th grade) with seven books so far. (It's also a movie!)

It's a novel in graphic cartoons so it's important for kids to see the pictures as you read and it's a great book for a shared reading time via projector.

The main character Greg Heffley suffers from hilarious problems that he obliviously creates for himself.

This book is a favorite with kids and can be a fabulous way to entice the reluctant older reader because the reading level is low but the subject matter and interest level is higher. It's even popular with adults-- my brother-in-law enjoyed it so much he agreed to painted the mural for me in the library (see photo above).
at 7:37 PM No comments:

October 21 – October 25
Our theme for the eighth week of school was "Pumpkin Week." We picked our pumpkins from the garden, painted jack-o-lanterns and took a field trip to a corn maze. The corn maze was at a local farm where the biggest attraction was the goat in the tree house. (We also fed pumpkins to the pigs, took a hayride, jumped on the straw trampoline and endlessly slid down the giant slide.) 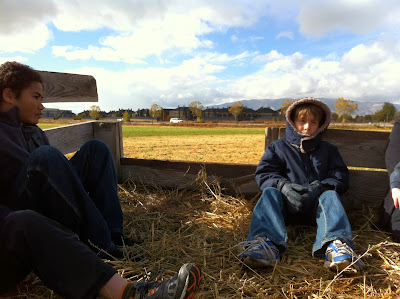 LANGUAGE ARTS
Reading
We are finishing up Bunnicula by Deborah Howe. It is our read-aloud selection for the genre of horror. It's a perfect Halloween novel for kids. It isn't too scary but has plenty of references to Dracula lore.

Poetry and Literature
Because Halloween is almost here, we read epitaphs. I had an afterthought that another field trip to the local cemetery could have been fun too!

Composition
This week's project was to write a letter.

This week we continue our study of addition with a focus on fractions. My favorite manipulatives to use for addition are Pattern Blocks and Rainbow Fraction Bars. (I like Math-U-See Fraction Overlays and Cuisenaire Rods for multiplication and UNIFIX Cubes for teaching the meaning of fractions.)

HISTORY
The Pony Express ceased operations on October 26th. The old trail and station markers are still visible here in Utah Valley. I had planned a field trip but we had to reschedule for another time because the weather was not cooperating. (It did actually stop snowing for a short period in the morning so we could enjoy our time at the corn maze.)

VISUAL ART
The last area to open is our Clay Center of our art studio. As usual, after a five minute introduction, everyone chooses to work in one of the eight centers now open: drawing, painting, printmaking, collage, digital arts, fabric arts, sculpture or clay. 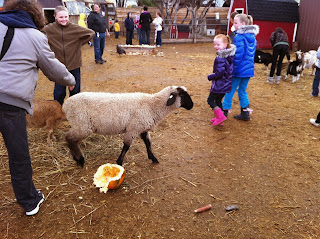 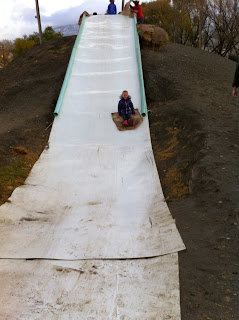 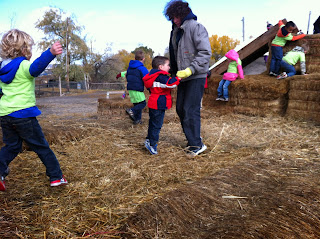 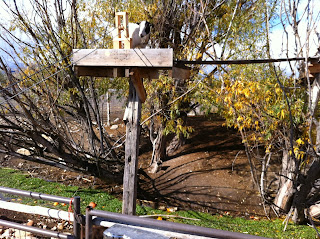 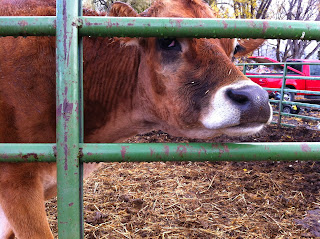 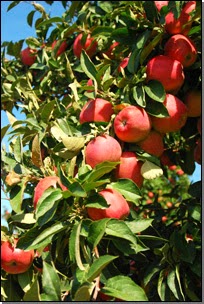 Our theme for the fourth week of school was "Apple Week." It was Johnny Appleseed's birthday on the 26th and we celebrated all week long with apple cider, applesauce, apple pie, fresh apples, apple fritters, apple turnovers, apple pancakes and apple coffee cake.

Reading
We read "Mrs. Gorf" from Sideways Stories from Wayside School by Louis Sachar as an interactive read-aloud and our mini lesson focused on "recalling details." Mrs. Gorf turns her misbehaving students into apples and my favorite part of the lesson is hearing the reasons children think Mrs. Gorf might be tempted to turn THEM into apples.

Poetry and Literature
Each week, I reinforce our grammar lessons through poetry. This week we are studying adjectives and Haiku is the perfect medium. I encourage students to write their poem and then go back and edit out the insignificant words. Haiku relies on cramming as many relevant descriptive words into as a small space as possible. We review the style of Haiku, remind ourselves how to determine syllables, list descriptive words and brainstorm items, places or events in nature that we can write about in our Haiku.

Also, when possible, I like to record my kids reciting their own poetry. Here is a poem written about our field trip to the mountains last week.

Nature in the Mountain
Cold and chilly hike,
early in the morning light
running waterfall.

Composition
This week we focused on the 6+1 Writing Trait CONVENTIONS (which includes grammar). The main thing we worked on is how to use commas in a series of adjectives. [Personally, I subscribe to the "less punctuation is better" philosophy (which, incidentally, is my main complaint with the English Language Arts Common Core-- they over punctuate and that makes for difficult reading material). Hence, I teach my students to omit the final comma in a general series when using the word "and."]


MATHEMATICS
This week we continue our study of the Real number system. We played an equivalent numbers matching game. Admittedly, it's quite difficult and I wouldn't recommend it for any students who haven't had significant experience with the corresponding Montessori math materials (golden bead material, fraction/decimal boards, fraction circles, etc.)


HISTORY
In fourth grade we focus on several essential questions. Those that apply to this week are:
This week we studied tall tale heroes and American legends: Johnny Appleseed, Daniel Boone, Davy Crockett, Casey Jones, Paul Bunyan and John Henry. Each of these individuals tells a story about the types of people who settled the western United States. (We will revisit several of these stories in a few weeks as we practice distinguishing between facts and opinions.)

VISUAL ART
This week we got an introduction to the Printmaking Center of our art studio. As usual, after a five minute introduction, everyone chooses to work in one of the four centers now open: drawing, painting, printmaking or collage.
at 12:21 PM No comments: